So, I haven’t written in a while……It’s not because there has been nothing to write about, it’s just that something’s are difficult to describe and put down on paper. Plus, I’ve just spent the last week sick with the flu or a really bad cold, whichever it was.  I don’t care as long as I’m feeling better today.  One thing about living in an RV, if someone gets sick, you hope and pray it’s not you, but it seems inevitable that it will be you.  My mom has tried to stay as far away from me as living in a motor home will allow, which is not far.   I wiped down everything with Lysol wipes and try to keep my heaping pile of snotty Kleenex away from her.  The other day panic ensued when she had a spoon in her mouth  that I had just used….but thankfully she washed it first. Whew!  Crisis averted! I am left wondering how the hell I got sick because I am an avid hand washer and hand sanitizer user.  Almost to the point of obsession….I said ALMOST.   I don’t believe I’ve used a handrail in the last 20 years.  Mom and my sister Beth say it’s because of that, that I now have no antibodies to protect me.  We discussed me going to the nearest mall to lick a handrail in order to get some.  Ewwwww.

We are now sitting at a Starbuck’s because the RV resort that we are currently in has free WiFi….oh, that is code for “we don’t really have it, we pretend in order to get people to stay here”.  When we arrived here at Gulf Water’s RV resort in Fort Myers, we were given two WiFi codes.  Mine would allow me to get email subject lines…but not the actual content of the email, but mom’s was great….she would get the whole email!  But, the excitement didn’t last because they shut mom’s code off because (and yes I am quoting the RV park manager here) “you have used more bandwidth then anyone in the entire park”.  I had a hardy,  mucusy laugh at that one.  One of the park employees said that Facebook and YouTube used a lot of bandwidth (pretending that she knew what that actually was)….which mom does not use either of.  I guess that the retiree’s at this park use a stone tablet and a chisel to send messages to friends and family members.  Luckily, I have unlimited data on my cell phone, so I’ve been relying on that instead.  But, it’s difficult to write a blog with that teeny tiny key pad.

So, that brings me to what I’ve been up to…..We were supposed to stay in Cudjoe Key until January 19th.  But, we both felt like we were on a deserted island and realized that Island life was just not for us.  I know people will think “how can Key West be boring”.  Well, I’m not a big partier and if you don’t like booze filled, smoke-filled evenings with drunk people, then this place is not for you.  Yes, they are all like that…but, to each his own and they can keep that place.  Key West is also not known for their beaches.  I believe that we only had one day at a beach that didn’t have TONS of seaweed/grass washed up on it.  There are no natural beaches in Key West and every bit of the sand is trucked in from another part of Florida.  I know that some of you are most likely shedding a tear for me right now…Beth…but, don’t.  We decided to head up to civilization before we both became suicidal, plus we were sick of driving 40 minutes to a KFC.

Anyway, We had some bad karma going on down there too.  My dad, niece, two nephews, my great-nephew, my nieces husband and my nephews girlfriend all flew down for Christmas. (My sister Beth was supposed to come but had to have an emergency appendectomy and couldn’t fly)  We rented a house for them in the RV resort my mom and I were staying at.  The evening that they arrived, my nephew had a terrible accident and we all thought that he was dead.   STOP!  He is fine.  But, let’s just say that there was a lot of blood and we were all extremely traumatized by it.  I still have nightmares about it.  He only had 6 staples put in his head and had a concussion, but thankfully he is fine.  I’m not sure that rest of us will be!  We did try to have some fun after that.  We rented Jet Ski’s one day and went on a 90 minute bone jarring ride around the entire island of Key West.  To let you know how much fun it was: My mom and dad were waiting for us on the beach and when we returned, my niece, Samantha, got off the jet ski and yelled “I F—ING HATED THAT!”  Mom and dad cracked up laughing, but she was dead serious.  I was torn between loving and hating it because we went VERY fast, which I enjoyed, but it was really rough and I’m surprised that someone hasn’t gotten killed doing it yet.  I had blisters on my hands from hanging on and we were all pretty sore the next day….not to say that is any reflection of what great shape we are all in.

After we took everyone to the airport, we were depressed and then topped off the holidays with me getting a $130 speeding ticket on New Year’s eve.   So, we decided to get the hell out of there before a hurricane came.

We spent one night in the Midway Campground in the Everglades on our way up to Fort Myers.   The campground was small, I think it only had 30 spaces and no water or sewer hook ups.  You could not even get a cell phone signal.  We had to get in the car and drive 30 miles in order to call home.  I was afraid to actually get out of the RV and walk to the car in the dark because we were given a flyer when we checked in about the alligator’s in the pond and what not to do when we saw one.  All that I could imagine was one hiding under the camper waiting for a snack. And if it did try to eat you how would you call an ambulance?

We did spend the day taking an air boat tour.   Driving thru the Everglades is certainly a lot different then riding thru the marshes on an air boat.  It was very beautiful there.  Our tour guide reminded me of someone who might be in the witness protection program.  His beard didn’t look quite “real”, he had these mirrored sunglasses on the whole time and had some pretty interesting tattoo’s.   He was actually very enthusiastic about the Everglades though and knew a lot about the Indian tribes and the wildlife there.  But,  the greatest part was that I got to hold an alligator.  He was surprisingly soft.  I kind of liked him….the alligator, not the tour guide.  Although my sister Beth would’ve definitely given him her phone number…the tour guide, not the alligator.

So, here we are in Fort Myers.  We are leaving on Monday to head further up the coast and will spend a week in Palmetto before going to Sarasota.  We plan on staying in Sarasota until March 1.  But, if I’ve learned anything on this trip, it is that you never know what you will feel like when you wake up each morning and what you may want to do.  So, We’ll see what happens next.

So, I’ve probably left a lot out….but, hopefully the next place we stay has great WiFi and I won’t have to go sit at a Starbucks all day! 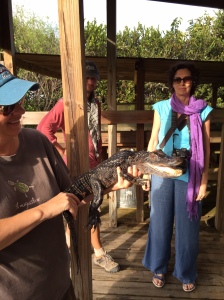 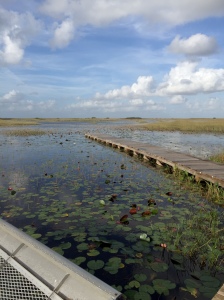 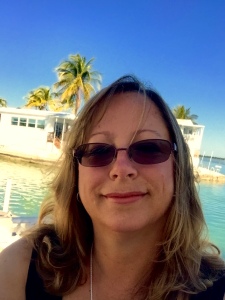 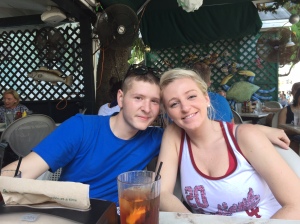 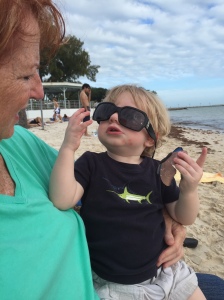 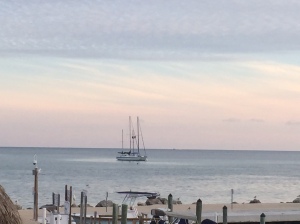 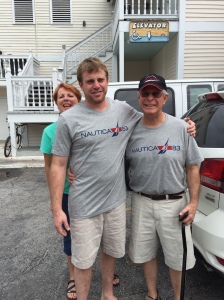